Marvel's Avengers is a story-driven, third-person action-adventure game. Players reassemble and rebuild their Avengers roster in an original, cinematic single-player campaign, then battle solo or online alongside friends in new missions around the globe. Customize Earth's Mightiest Heroes and then harness their unique powers to defend the world from escalating threats for years to come. Marvel's Avengers begins at A-Day where Captain America, Iron Man, Hulk, Black Widow, and Thor are unveiling a hi-tech Avengers Headquarters in San Francisco — including the reveal of their own helicarrier powered by an experimental energy source. The celebration turns deadly when a catastrophic accident results in massive devastation. Blamed for the tragedy, the Avengers disband. Five years later, with all Super Heroes outlawed and the world in dire peril, New Jersey teenager Kamala Khan uncovers a shocking conspiracy and the only hope is to reassemble the Avengers in time to stop a new secretive organization, Advanced Idea Mechanics (AIM), before they unleash one of the greatest threats Earth has ever faced. 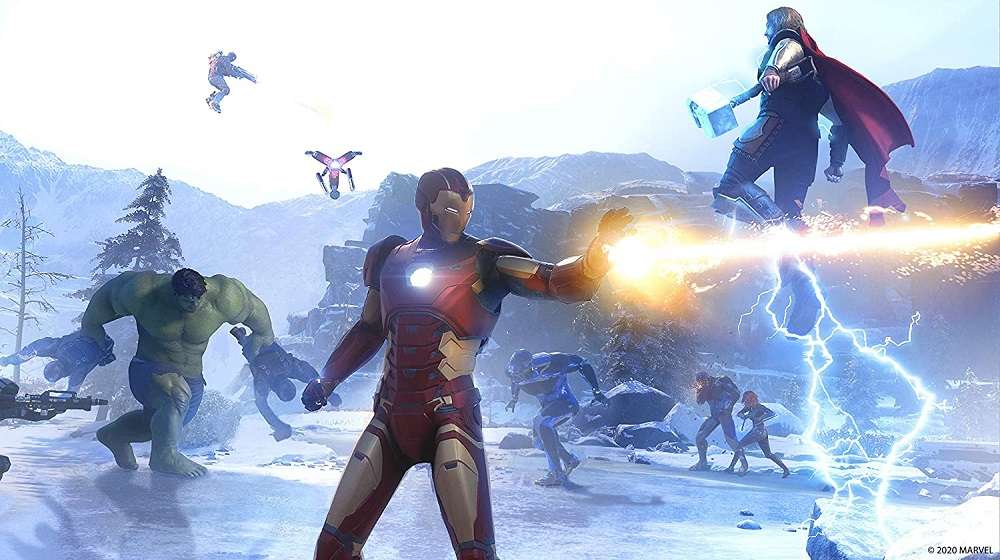